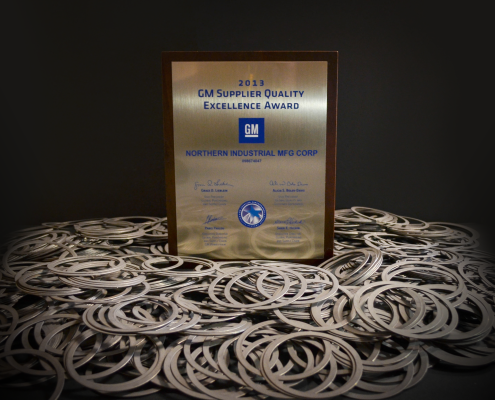 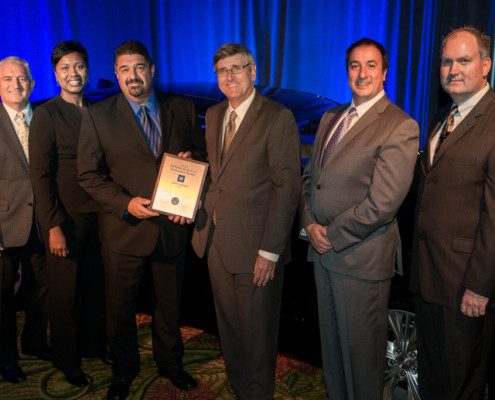 In October 2013, Northern Industrial received the General Motors Supplier Quality Excellence Award. The award is given to specific supplier locations and only GM’s top-performing global suppliers are eligible to receive it. According to GM, “suppliers who receive this award have met or exceeded a stringent set of quality performance criteria and have achieved the cross-functional support of the entire GM organization.” The award recognizes approximately 7 percent of production suppliers and those who have demonstrated the highest levels of quality performance over the previous 12 months.

General Motors is recognizing 801 suppliers who have demonstrated the highest levels of quality performance over the past 12 months.

This is the second year GM is honoring suppliers who are making noteworthy contributions to GM’s goal of providing the best overall customer experience in the automotive industry. Two hundred more suppliers met or exceeded the stringent quality performance criteria required this year.

“Reaching our goal to be the world’s benchmark for quality won’t happen by chance, and suppliers play a vitally important role,” said Grace Lieblein, vice president, Global Purchasing and Supply Chain. “Each winning company has consistently exceeded our expectations by delivering high-quality products on time, which helps us create compelling value for our customers.”
View GM Press Release Here >